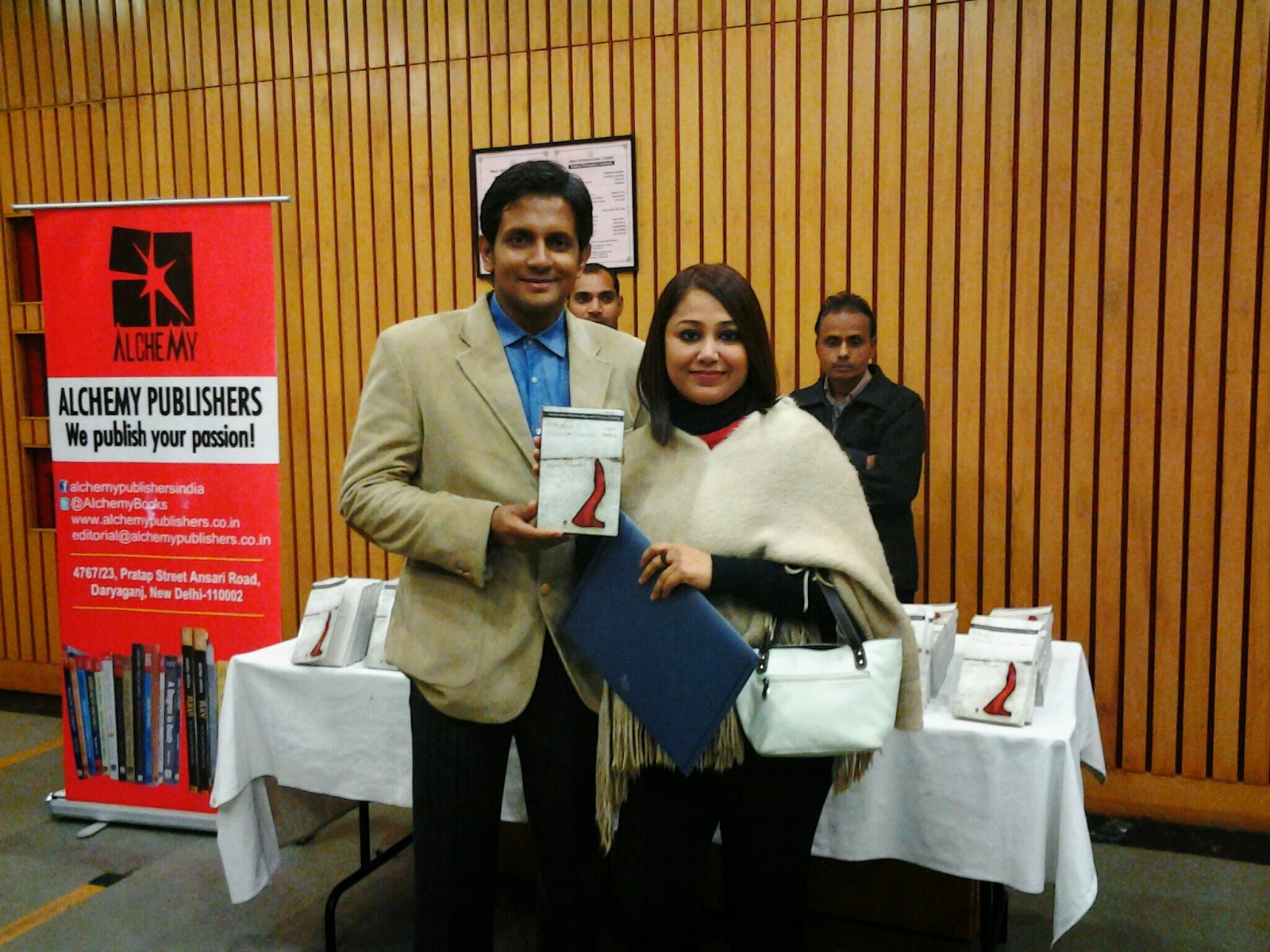 I've just returned from a trip to the US.  My colleague, Richa Mohan and I were invited for an international conference on Haemophilia - a genetic bleeding disorder. Our organisation, Empowering minds works for the growth and development of marginalised and excluded population of the society especially underprileged children.  One of the main focus areas of our NGO  is to provide psycho social care and counselling to persons suffering from the genetic bleeding disorder. The programme also equips their family members and care givers (including consultancy to other NGOs working in the field, doctors, nurses and social workers) to cope with the day to day requirements of a PwH .

The trip to US was amazing in more ways than one as I brought back some great lessons and lovely memories.

Now that was just to give you a glimpse of the other work that I am passionate about. Of course, writing and day dreaming about becoming a world famous writer is still at number one.  Authors like Jane Austen, Charlotte Bronte and Elizabeth Gilbert are some of the writers whose works have inspired me. Talking of Gilbert, I absolutely loved her,  'Eat, Pray and Love' and its sequel 'Committed.'

Some of you might be aware that I write in the same genre as the authors I mentioned above and maybe their thoughts and ideas on the age old and delicate issue of man - woman relationship attracted and encouraged me enough to delve into and write about the various facets of man - woman relationship. However, unlike Gilbert (whose both the books, 'EPL' and 'Committed' are based on her own life) and Austen (whose style was highly debated  and some even opine - fluctuated between realism and fairy tale), my books clearly fall in the category of realist fiction. Or so I would like to think. Somewhat similar to Gilbert in that sense with the emphasis on "everyday" urban life. In fact, my debut novel, the first in the "Pursuit" series, dealt with the subject of 'Infidelity', and its (emotional) impact on modern - day urban couples and their marriage. And my third book in the series which was released earlier this year titled,  'In pursuit of a lesser offence,' again probes the changing face of love and marriage in modern times.

Some excerpts from the latest book -

Kanupriya laughs at her friend’s innocence. “You are such a darling. Don’t be so worried about me. I told you, I can never fall in love. I can be attracted to a guy. I can sleep with him. But love? Well, that is something entirely different. I think love is an overrated term. The only true love I believe in is the love between a mother and her child. Other kinds of love are mere transactions,” she said in a matter-of-fact tone.

I think, with the passage of time, marriage as an institution will either fade away or people will start getting married on a contractual basis. The contract will end with something like: For the next ten years we promise to remain committed to each other. After the stipulated time period expires, both the parties will review it and then decide whether to apply for a renewal or say goodbye to each other amiably.

Well, both the above statements have been made by Sangeet's close friend Kanupriya. Sangeet (the main female protagonist) is a divorced young woman from Kolkata who goes through a bad marriage before deciding to end it. She's still trying to cope with her painful situation when she meets her rebellious friend Kanupriya in Delhi and during one such meeting the above conversation takes place.

So what do you think?

In case, you decide to pick it up...do share your views on the story with me and also with other book lovers. You can review it on Goodreads or Flipkart or any other platform you write on.

You may even write to me at - sujatavidu@gmail.com.

Posted by Sujata at 1:17 AM No comments: